by Sierra Leone's Refugee All Stars 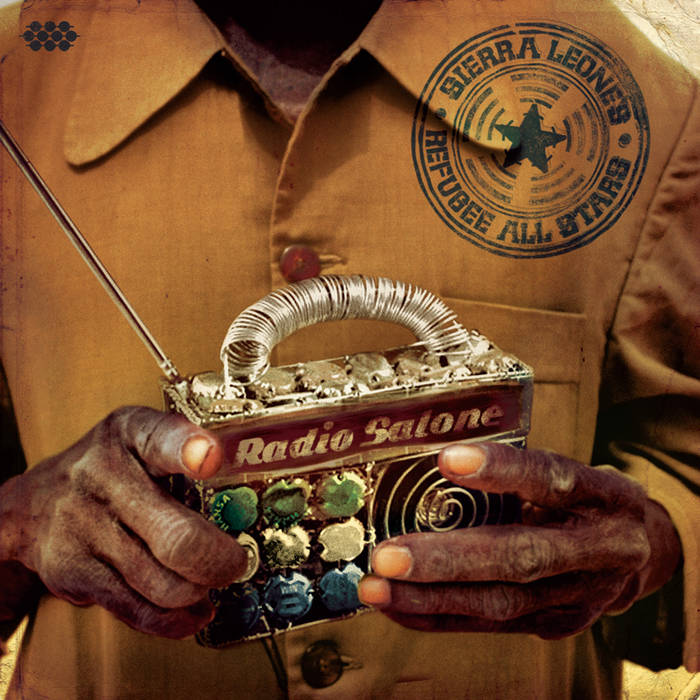 Jopis Carootie This album is incredibly beautiful. I'm thankful to be able to listen......! Favorite track: Remake The World Again.

Produced by roots reggae, soul and Afrobeat guru Victor Axelrod, aka Ticklah, (Sharon Jones and The Dap-Kings, Amy Winehouse, Easy Star All Stars, Antibalas) and recorded in Brooklyn’s Dunham Studios, Radio Salone marks the Sierra Leone's Refugee All Stars' most musically sophisticated collection of songs to date. The album is the follow-up to the band’s 2010 album Rise & Shine, which was the #1 album of the year on the World Music Charts Europe.

A special thank you to ... Drew Brinckerhoff at Cumbancha for the inspiration of bringing The All Stars together with Victor Axelrod to produce this album. Alex Reiser aka “Lexy Mambo” aka “Lexious” our brother, Jared Tankel and Alex Kadvan at Lever and Beam, Mike Kappus and Michael Morris and everyone at The Rosebud Agency, Sabine Girbeau, Manu Elias and Frederic Gluzman at V.O. Agency, Banker White, Chris Velan, Shelley Lazar, Patsy Cushing, Emilie Reiser, Tyler George-Minetti, Victor Rice, Alphonse Munyaneza, Bremen Donovan, Wills Glaspiegel, Joe Pratt, Ron Francis, Ibrahima and Aminata Jalloh, Our record label Cumbancha and all The Cumbancheros: Drew, Nicholas Concklin, Matt Robin, Jackie Harrison, and Cody Searles and your fearless leader Jacob Edgar for keeping the faith, to all the great legends of music that came before us that gave us inspiration and those coming up behind us that challenge us to be at our best, to our beloved country Sweet Sweet Salone and never forgetting - God, Allah, Jesus Christ, Jah Rastafari thank you for guidance and protection.

All Management and Booking Contact information is available at: www.sierraleonesrefugeeallstars.com

This album is dedicated to Francis John Langba -
Father of Sierra Leone’s Refugee All Stars.
His generous musical spirit stays with us always.

Sierra Leone’s Refugee All Stars have risen like a phoenix out of the ashes of war and enflamed the passions of fans across the globe with their uplifting songs of hope, faith and joy. The band is a potent example of the redeeming power of music and the ability of the human spirit to persevere through unimaginable hardship and emerge with optimism intact. ... more

Bandcamp Daily  your guide to the world of Bandcamp

Benji B talks about his new compilation ‘Deviation Classics’